MARIO PUERINI he graduated from the “G. Rossini Conservatory” in Pesaro, Italy, where he studied with theillustrious teachers Giovanni Gatti and Arrigo Tassinari.
He has received numerous awards and prizes from international competitions.
Under the guidance of the great flutist Severino Gazzelloni he graduated from the Chigiana Academy in Siena with a scholarship for excellence.
For several years he was first flutist with the Philharmonic Orchestra of Le Marche. He has performed frequently with pianist David Bradshaw and has appeared in many European cities, in Russia, and in Japan.
In the United States he has performed at Carnegie Hall, Lincoln Center, Norton Hall, Beethoven Festival di New York, University and Cathedral of New Orleans.
He has also performed on RAI, Vatican Radio, Ukraine Radio, and WNYC and WQXR in New York. He has incised his CDs for “Iktius Baby Records”, “Philarmonia”, “Pagano”, “Domani Musica”, “Málleus”, “Primrose Music”, “Mediateca delle Marche”.
In 1986 he was one of the founders of the Italian Quartet “Les Flûtes Joyeuses.” As a
member of the quartet he took particular interest in the commisioning and the performing of contemporary music. In fact, many contemporary composers have dedicated their compositions to him and he has overhauled several volumes of music for flute and chamber music written by classic and modern composers and edited by “Berben” and “Edizioni ‘800”, “Intras”, “Armelin”, “EurArte”.
He is a professor of music at the Accademy Musical in Ancona and at the “N. Vaccaj” Institute of Tolentino, where he has been the Artistic Director of the summer Music Festival International “MUSIC and ART” since 1993.
He’s been also the Artistic Director of the Master Class “Resonant Thoughts” in Cepina Valdisotto since 2008.

Although Professor Victor Bunin and Julia Amada Kruger have judged many international piano competitions together the past seven years, their union as a duo/due team began in 2002 and already they are in constant demand both in the US, Russia and Europe. They have performed extensively across the United States and in June of 2005 were invited by the United Nations in Kosovo to present a “Week of Music” for the entire country/region. During this period their concerts, master classes and television shows received acclaim across Europe. As a result, they were invited by the Deputy Minister of Foreign Affairs of Albania to be the Guest Artists performing for the European Cultural Summit in Tirana, Albania in November, 2006. While in Tirana, the Kruger/Bunin team performed for 18 Foreign Ministers, 1000 European political delegates, and over 130 European journalists.

The Bunin/Kruger team continues to receive multiple international performance invitations. In August, 2005, Bunin and Kruger were the Performing Guest Artists at the renowned Instituto Musicale Nicola Vaccaj in Tolentino, Italy where they performed as well as taught daily classes in performance techniques.

In April of 2006, the Bunin/Kruger duo performed in Carnegie Hall (New York City) and have been invited to teach at the National University in Buenos Aires, Argentina in the near future. In September/October, 2006, Kruger and Bunin traveled to Kislovodsk, Russia and the Western Caucus of Georgia (Russia) where they were the Guest Artists performing Mozart’s two-piano concerto in E-flat, K365 with the State Philharmonic Orchestra of Russia under the baton of renowned conductor, Leonid Shulman.

In January, 2007, the Bunin/Kruger duo team started their 2007 US tour by performing the Inaugural Concert at the International Duo Competition Awards Concert in Colorado Springs, Colorado, USA. Following this concert, they then presented concerts in many western states in the US, ending with a benefit concert in Austin, TX for CASA. Again in January, 2008, 2009 as well as 20010, the duo team performed the Inaugural Concert at the Broadmoor Hotel for the United States International Duo Competition.

In the summer of 2008, the Bunin/Kruger duo team were invited to be the “professors-in-residence” at a new “Performance Festival” held in Cepina/Bormio, Italy. The festival attracted students from the United States and Russia.

Besides performing and judging together, Kruger and Bunin have been asked by Russian musicians to organize a yearly “Russian/American” Piano competition. The first competition will be held in Moscow, Russia and will then alternate locations with the second held in the United States. They have also been invited to create the first International Duo/Duet summer festival in Italy which will be the first European festival devoted to the study of ensembles.

The Kruger/Bunin duo team began their 2009 Performance Tour in the western states of the United States as well as performances in Sitka and Kodiak Island, Alaska. In June of 2009, the duo team were the Guest Artists for the new International Music Festival to be held in Albania (sponsored by the UNESCO foundation). They presented the “closing” concert for the Festival in Tirana, Albania and performed a second concert at the University Kristal in Tirana.

Prof. Victor Bunin lives with his wife, Svetlana, and son Eugene in Moscow, Russia and teaches at the Tchaikovsky Conservatory (Moscow) as well as the Musical Conservatory in Syria. Julia Amada Kruger lives in Austin, TX with her husband, James, and their 4-legged “children” Rambo and Bella and their 2-legged “feather children,” Mozart and Lovie. She is the Vice-President of the American College of Musicians as well as a private piano professor for 44+ weekly piano students.

Every summer from 2008 they return in Italy as professor in the International Piano Masterclass “Resonant Thoughts”, that is become an important opportunity for international young talents. Three italian students that joined 2011 Masterclass had conquered the 2nd and 3rd place at the United States International duo piano competition winners’ concert, in Colorado. This happened thanks to their talent and also for the possibility offered by italian Festival that give them the occasion to know Julia Amada Kruger, that had prepared them to the tough selections of the contest let them win.

David Karp, nationally known pianist, composer, educator, lecturer and author, holds degrees from the Manhattan School of Music and the University of Colorado with additional doctoral studies at Teachers College, Columbia University. He has performed, lectured and conducted workshops and seminars at many colleges and universities from Alaska to New Hampshire and as far away as Taiwan.

A prolific composer, Karp’s compositions number over several hundred and are published by Alfred Publishing Co., Carl Fischer, Inc., FJH Music, Hal Leonard, Lee Roberts Music Publications and Shawnee Press. These compositions are performed in competitions, recitals and a variety of music venues all over the world, often listed as required repertoire for students. He has received numerous commissions from music teachers’ organizations and has been nominated by the Dallas Music Teachers Association for the Texas Music Teachers Composer of the Year award. Karp is an ASCAP composer.

In 1993, Dr. Karp was honored with the establishment of the David Karp Piano Festival, an annual event held at Kilgore College in Kilgore, Texas, in which students perform and are judged on Karp compositions.

Karp serves as Composition Chair for the National Guild of Piano Teachers Contest and is often a national and local adjudicator for composition competitions. He has served as a judge for several the National Cliburn Amateur Piano Competitions and is a sought-after master teacher and adjudicator throughout Texas.  In 2013 he judged competitions in Allen, McKinney, Dallas, Plano and Carrollton, and at the Concerto Competition at University of North Texas in Denton.

His composition for voice, flute, cello and piano, entitled Homesick, premiered at the National Holocaust Symposium in Dallas, Texas and performed at the Museum of Art in El Paso, Texas in 2010 and continues to be performed in many venues throughout the country.

The Voices of Change New Music Ensemble honored Karp at its 2006 Spring Gala Benefit for his lifetime participation in and promotion of new music composition, teaching and performance on May 7, 2006 at the Meadows Museum on the SMU campus.

Karp was featured in a lecture-recital of Leonard Bernstein’s Piano Music at the 2011 National Conference on Keyboard Pedagogy in Chicago, Ill., and the World Piano Conference in Novi Sad, Serbia in 2012.

Recent performances include two collaborations with Voices of Change; a concert in January 2013 featuring David Ludwig’s Trio and an Outreach Concert featuring the Ludwig Trio and Karp’s Homesick. There were also performances and a narration with the SMU Wind Ensemble and a solo and collaborative performance with the Larry Palmer Recital Series.

At Southern Methodist University, Karp co-chairs the piano division and teaches classes in performance, chamber music, improvisation, advanced class piano for piano majors, required piano classes for music majors and sight-reading classes for piano majors. He serves on the University Senate and is a member of the Nominating Committee for Honorary Doctorates.  He also serves on the Division of Music Curriculum Committee and is faculty advisor for upper-division and graduate piano degrees.  Dr. Karp recently chaired an Academic Program Evaluation Committee review of the chemistry program for the Provost’s Evaluation Committee and serves on the Meadows Promotion and Tenure Committee.

During the summers Dr. and Mrs. Karp enjoy spending time with their family at their summer cottage in Maine.

Tchaikovskaya was born in Moscow into a family an outstanding Russian ballet-master Vladimir Burmeyster, who was particularly famous for his version of the “Swan Lake” ballet.  Vladimir Burmeyster was a grand-nephew of the great Russian composer Petr Tchaikovsky.
Nataliya started singing and dancing at the age of three since her father and mother took her to the theater nearly everyday and that is why she learned all ballets and operas at early age.
She applied for a music school when she was seven. After she finished music school, she went to Moscow Conservatory, where she was educated by prof. Heinrich Neuhaus.
In her professional career she has performed with a lot of famous musicians including violinists, cellists and vocalists. Also, she has performed as a solo-piano not only in Russia, but also a many countries all over the world.
Some musical critics are so impressed by her performances that they think her grand-piano sounds like an orchestra.
For the last twenty years Nataliya has been a big socially-important project. She has been creating and performing theatric-musical programs with classical music for children, wich gives the children opportunity to listen to and study famous works by world-famous composers. 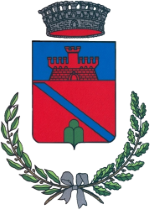